You are here: Home / Education / Regents nominees urged to do more to promote U-I, ISU, UNI 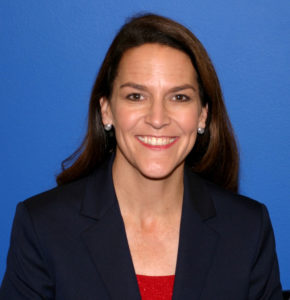 The three men appointed to serve new six-year terms on the board that oversees Iowa’s three public universities got bipartisan nudges Monday to be “louder voices” in promoting the University of Iowa, Iowa State University and the University of Northern Iowa.

Senator Claire Celsi, a Democrat from Des Moines, said the universities have been “consistently underfunded” in the past four years.

“We really need folks who will stand up for those universities and say: ‘Listen, we need more money or our standards are going to be lowered,'” Celsi said.

David Barker, a former economist at the Federal Reserve Bank of New York, is one of the governor’s choices to serve on the Board of Regents and he responded to the senators during a hearing yesterday.

“Living in Iowa City, I certainly hear that from many people that I know in a variety of departments. I plan to be as accessible as I can possibly be to legislators and to make the case for the universities as best I can,” Barker said.

Jim Lindenmayer filled a vacancy on the board last summer and the governor has appointed him to serve a full, six-year term. Lindenmayer has worked in higher education since 1975 and he retired after 13 years as president of Indian Hills Community College.

“Certainly, I understand what higher education can do for individuals and what it can do for this state,” Lindenmayer said. “We’ve been underfunded particularly, the universities have, for a while and we’re starting to see the effects of that now not only in the performance and retention of professors, but also in student debt.”

Milt Dakovich, a businessman from Waterloo, has served on the Board of Regents since 2013 and the governor has reappointed him to another six year term. Dakovich said the board has saved “a considerable amount of money” through streamlining.

“Want to keep that going, spend our dollars wisely, and also look for new revenue sources,” he said, “besides tuition and state appropriations.”

Dakovich and the other two men Reynolds chose this year for the open six-year terms on the Board of Regents must be confirmed by the state senate.