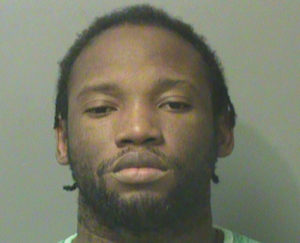 Witnesses called Des Moines police about a the, likely on drugs, on the roof of an apartment complex, barking like a dog. Before police arrived around 8 a.m. he came off the roof and allegedly stole an SUV. Minutes later, a man with the same description was reported at an apartment building nearby, barking and confronting residents.

Police say the suspect, 35-year-old Diamond Dolo of Des Moines, assaulted two officers, tried to steal their cruiser, then led them on a foot chase, over fences and onto roofs. Dolo was eventually Tasered and arrested for theft and assault on two police officers.

Dolo and both officers were treated for minor injuries.