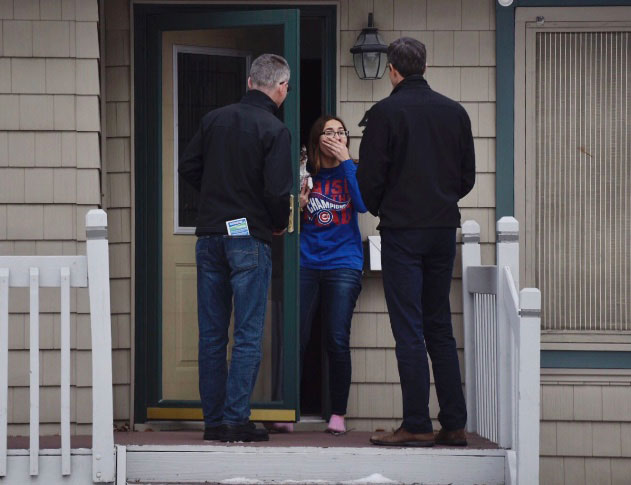 Several of the Democrats running for president have been visiting the Cedar Falls area to help turn out voters for tomorrow’s special election in a state senate district.

State Senator Pam Jochum, a Democrat from Dubuque, was in the district yesterday, going door-to-door to reach voters.

“I think what the candidates who have been coming in to help have really created a little more enthusiasm,” Jochum said. 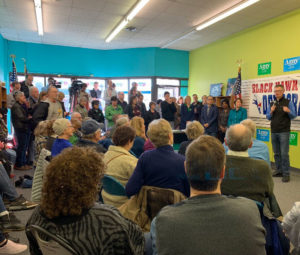 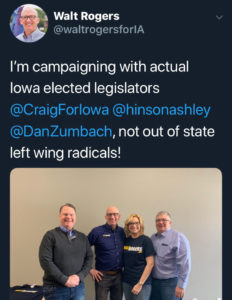 And that’s important in special elections, when turn-out is traditionally lower than in Primaries or the General Election. Jochum said the candidates who made the trip to Cedar Falls demonstrated their commitment to the party.

“They want to be part of that ‘all in this together’ concept, so I’m pleased that they’re here,” Jochum said. “We’re getting to know them much better and helps us sort through and that’s our job as Iowans, for all of the presidential candidates, is to sort through and at least pick the top three.”

Rogers, the Republican candidate, has tweeted that he is campaigning with “actual Iowa elected legislators….not out of state left wing radicals.” Rogers has also tweeted video endorsements from Senators Joni Ernst and Chuck Grassley.

A Libertarian is also running in the district. Fred Perryman is a sales manager from Cedar Falls.