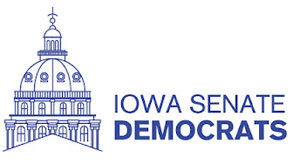 A member of the Cedar Falls School Board is now a senator-elect. Democrat Eric Giddens won today’s special election for an open seat in the Iowa Senate, beating Republican Walt Rogers by 15 points.

Giddens will represents all of Cedar Falls, the community of Hudson and a small portion of Waterloo. “There was just so much enthusiasm and support for this campaign in such a short amount of time. I’ve been overwhelmed…and this is a really, really important and special thing and I’m just incredibly grateful for everything everybody’s done and I’m excited to get to work,” Giddens told Radio Iowa this evening.

Giddens is a program manager at the Center for Energy and Environmental Education at the University of Northern Iowa.

“I come from an education family and I taught myself for a few years in our school district here…I’m on the Cedar Falls School Board, so education is a big priority for me,” Giddens said. “I’m concerned about the future of public education. I want to do all I can to support that.”

Giddens replaces Democrat Jeff Danielson, who resigned a month ago to take a job in the private sector. Giddens faced a well-known Republican competitor in Rogers. Rogers ran in the district a decade ago and lost to the Democratic incumbent by just 22 votes. Rogers then served four terms in the Iowa House, representing half the senate district.

“I think this district is moving to the left. I think that’s obvious,” Rogers told Radio Iowa. “…Added on top of that were all these presidential candidates that came in and energized their base and energized their volunteers and so it was really a perferfect storm for them to just pull it together.”

Rogers, who lost his bid for reelection to the Iowa House last November, hasn’t decided what’s next for him.

“I’m proud of my team. I’m proud of Black Hawk County Republicans,” Rogers said. “We worked hard for the past three weeks — all day long, every day — and we laid it all on the field.”

Giddens expects to be sworn into office next week, after the Black Hawk County Board of Supervisors conducts the official canvas of the votes in the special election and certifies the results.