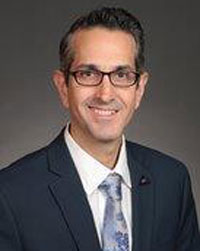 The Iowa House has passed two bills designed to address a lack of mental health services for Iowa children. The first bill established a state board to oversee the system.

“A robust children’s mental health piece of legislation that lays the groundwork for what will come in the state of Iowa,” said Representative Joel Fry, a Republican from Osceola who guided the bill through the legislative process.

“Our suicide rates are increasing in Iowa, especially among our young people,” Mascher said. “We are failing them.”

Mascher was among just 14 House members who opposed the bill establishing the framework for a children’s mental health system. Representative Mark Smith, a Democrat from Marshalltown, was another no.

“I think that there are way too many unanswered questions on this,” Smith said.

While a few others expressed similar reservations, Democrats like Representative Lisa Heddens of Ames said it was worth supporting.

“Families want something. We have absolutely nothing out there for them,” Heddens said. “They want some sort of structure in place. They want somewhere to go to find out: ‘How do I navigate this mental health system?’ They don’t know where to go.”

The bill sets a goal of developing and maintaining a children’s mental health system in Iowa to provide services regardless of where the child lives or whether the child’s parents can afford to pay for the care. Both bills now go to the Iowa Senate for consideration.