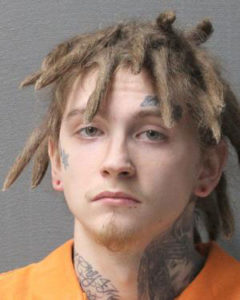 A Sioux City man is jailed on charges he tried to abduct a teenage girl.

Twenty-two-year-old Michael Marshall-Limoges is charged with third-degree kidnapping and felon in possession of a firearm. Sioux City police were called just after 8 P.M. Friday to investigate a report of an attempted kidnapping. Police say Marshall-Limoges allegedly was driving in his vehicle following two juveniles who were walking home.

Police say Marshall-Limoges exited his vehicle and grabbed the 14-year-old female and put her into his car. The girl physically resisted and was able to escape. The suspect then hastily fled the area in the vehicle. A witness provided a partial license plate number and description of the vehicle which led police to determine the identity of the suspect.

Marshall-Limoges was arrested early Saturday at a Morningside residence and taken in for questioning.He is also facing possession of marijuana and drug paraphernalia charges. Marshall-Limoges is being held in the Woodbury County jail on $50,000 bond.