You are here: Home / Human Interest / ISU study finds your mood will improve if you wish others well 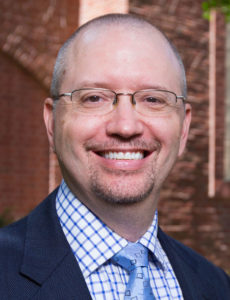 An Iowa State University study finds there’s a simple yet powerful way to improve your mood in just minutes.

ISU Psychology Professor Douglas Gentile says they sent about 400 students out to walk around campus following one of three instructions: when encountering others, consider either how you’re better off than them, think of things you may have in common, or simply wish them well. Gentile says, “We found that the simple technique of walking around, wishing other people well in the world, worked for pretty much anyone who did it.”

The strategy isn’t complicated in the least and Gentile says it’s something we could all incorporate into our daily activities. While the researchers figured the least promising technique would be the downward social comparison, they had higher hopes for the interconnectedness option as students strolled around campus.

The technique of wishing others well should work for everyone, he says, whether we’re in a long line at customer service, in a clogged jam of traffic, or in a crowded elevator. If you do something selfish, Gentile says it might bring you short-term satisfaction but likely won’t help you in the long-term.
“When we do things that are kind for others, that has both a short-term benefit and — other studies have shown — long-term benefits,” Gentile says. “So, I think that would work, whenever you’re in a frustrating situation, to recognize that these other people are just as frustrated as you and to wish them well.”

The students who had the best results from the study were instructed to look at the people they see and think to themselves, “I wish for this person to be happy,” and they were encouraged to really mean it as they were thinking it.

The ISU study was published in the Journal of Happiness Studies.