You are here: Home / Business / Confidence continues to be high among Iowa Business Council members 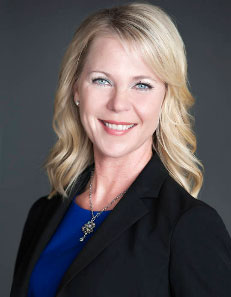 The quarterly survey by the Iowa Business Council shows nearly 80 percent of its members anticipate higher sales in the next six months and the majority expect their company’s employment to increase.

The IBC is made up of 23 major employers in the state, and Georgia Van Gundy is the executive director. “Their outlook is that our economy continues to be strong,” Van Gundy says. “We see that they’ll have strong increases in sales, and then also strength in capital spending.”

Iowa has the lowest employment rate in the nation and nearly 70 percent of IBC members say engineering, IT or healthcare are key job positions they are struggling to fill. “It is the biggest issue that they see in our state….you know our economy is strong — in fact last year our gross state product increased by 11 billion dollars,” according to Van Gundy. “But on the flip side, if we want to see our economy continue to grow, we need to find the talent to fill the jobs that we have.”

Van Gundy says the survey was taken before the flooding in the state and she is not sure how that might impact the view on the business climate. She says they do continue to keep an eye on trade issues. “As far as the trade issues go, definitely we follow their lead on different policies that they would like to see enacted. I think certainty is what’s important to these folks and the more certainty that they can create in those policies is what’s important,” Van Gundy says.

You can see the complete survey at: https://www.iowabusinesscouncil.org.

The IBC held the first of four “Vision to Vitality” forums on Tuesday at Iowa Valley Continuing Education in Marshalltown. The series focuses on the need to increase and diversify the population of the state.