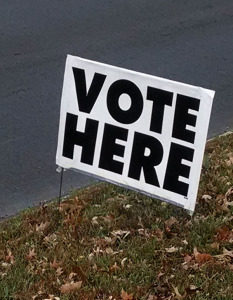 An Iowa Senate committee has added a number of election law changes to a narrow proposal that passed the Iowa House with unanimous, bipartisan support.

The House bill aims to ensure mail-in ballots are counted in a consistent manner across the state. It would require county auditors to have a special code printed on each absentee ballot, to track when the ballot was mailed.

Republicans on a Senate committee voted to phase-out the House proposal and set an Election Day deadline for mail-in ballots in four years. Other proposals from Republicans on the Senate State Government Committee including closing polls on Election Day one hour earlier and requiring signature verification for mail-in ballots. Republican Senator Roby Smith of Davenport, chairman of the Senate State Government Committee, is an advocate for those changes.

“This goes with what we’re trying to do-checks and balances, transparency and uniformity across this state when it comes to elections,” Smith said.

Smith’s also plan includes having graduates of all Iowa colleges and universities submit a form when they graduate, indicating whether they intend to move out-of-state — so local election officials can remove their names from Iowa voter lists.

“This state…used to make sure that our elections were open to everyone…we’re making it harder and harder as we go along to exercise that constitutional right,” Jochum said.

The Republican chairman of the House State Government Committee says he ca support some but not all of the changes GOP senators are making to the bill.