You are here: Home / Fires/Accidents/Disasters / Iowan and her search dog set to help with flood recovery in Nebraska 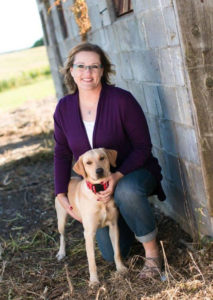 A southern Iowa woman is part of a dog search-and-rescue team that will likely be deployed soon to Nebraska to help with flood recovery.

Robin Greubel of Lucas is part of a group of volunteers who are often called upon with little notice to help. “We do that in a variety of different capacities,” Greubel says, “whether it’s in a disaster or a lost or missing person, such as a hunter, or we work with law enforcement to work on criminal cases.”

Depending on the assignment, Greubel says there could be as few as two or as many as 95 canine handlers on the scene. Volunteering takes a lot of work, and it doesn’t come cheap. “We’re responsible for all of our own training, for maintaining certifications and the health and welfare of our own canine,” Greubel says. “So on average, most search and rescue volunteers spend between five and ten-thousand dollars a year of their own money making sure that their dog is at a proficient level.”

Greubel has been part of canine search-and-rescue for 19 years. She says it’s likely her team will be called to assist law enforcement officials in Nebraska.