You are here: Home / Sports / Young corners step up at Iowa State 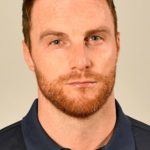 Datrone Young and Anthony Johnson are entering their sophomore seasons but they will be the leaders of a group of corners at Iowa State that are young. ISU must replace Brian Peavy and D’Andre Payne off of last year’s team that finished 8-5.

“They lead by example”, said Cyclone assistant coach Matt Caponi. “We are trying to challenge them more to be leaders because everybody says we are a young group and we have to grow up as a group.”

Young played in eight games last year before a shoulder injury cut short his season. He says film study is a big part of development.

Johnson played in 12 games a year ago and says that experience makes him ready to step into the starting lineup.

“We are young but that does not mean we are not able to compete at a high level”, said Johnson. “I think we are very talented.”