You are here: Home / News / Partisan debate develops over budget for Iowa prisons 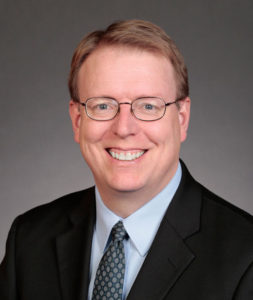 Democrats are urging Republicans in the legislature who control the budgeting process to boost spending for the state’s prisons. Over the past two years, spending for the Iowa Department of Corrections has been reduced significantly.

“There’s a real price that Iowans are paying because of that failure to fund corrections,” said Senator Rob Hogg, a Democrat from Cedar Rapids.

According to Hogg, the number of inmates who commit another crime three years after they’ve been released from prison has jumped to 37 percent.

“What’s the consequence of that?” Hogg asks. “At 37 percent recidivism, at the higher rate of release from our prisons, that’s more than 440 additional crimes being committed where there are more victims.”

Senator Julian Garrett of Indianola is the Republican co-chair of the panel that drafted next year’s plan for prison spending.

“I don’t remember a time when our friends on the other side didn’t argue that we weren’t spending enough. That’s just the pattern,” Garrett said. “And I predict we’re going to see that on every single budget bill we’re going to bring up this year.”

Shortly after Garrett’s remarks, the spending plan for corrections passed on a party-line vote — Republicans voting yes and Democrats in the Senate voting no.

House Republicans say the budget for prisons has not been cut dramatically and is getting a small increase this next year.