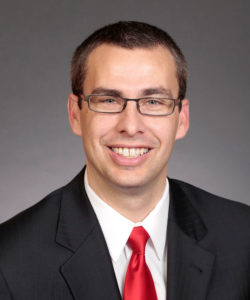 With little fanfare — and after more than a decade of missed attempts — the Iowa Senate has voted to legalize sports betting in Iowa. Nineteen Republicans and a dozen Democrats teamed up to vote “yes” on the bill, while 18 senators opposed it.

“Sports wagering will no longer be acceptable in the dark. The sun is shining and Iowans will be able to participate legally,” said Republican Senator Roby Smith of Bettendorf.

Smith was the only senator to speak during this evening’s 13-minute debate on the bill.

“This place,” said Smith, who had guided the bill through six public hearings and two senate committees this year. “…It always surprises me.”

Under the plan, wagering on professional and college sports is to be managed by the 19 state-licensed casinos in Iowa. Gamblers in Iowa will be able to use a smart phone app to place their bets.

“I believe what we’re doing in this bill is the right thing to do. Sports wagering is not something I’m not fully eager to participate in myself,” Smith said, “but that does not mean we cannot ensure that Iowans have the best experience for those who choose to participate.”

The bill also legalizes “fantasy” sports prizes connected to the performance of professional athletes. It’s currently illegal for an Iowan to claim winnings from FanDuel, Draft Kings or other online “fantasy” sports games.

The sports wagering issue now moves to the House, where legislation similar to what passed the senate is eligible for debate.

Last year, a U.S. Supreme Court ruling opened the door for states to join Nevada in the sports book business. According to the National Conference of State Legislatures, Iowa is among 28 states that have moved to consider legalized sports betting this year. Six other states already took action to make the activity legal.