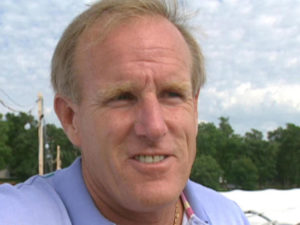 A longtime person of interest in the Jodi Huisentruit case has made his first statement to the media in 24 years, saying he has been diagnosed with Alzheimer’s disease.

John Vansice and his wife Jane released their statement on Wednesday through Steve Ridge, who is the chief operating officer of the Magid media consulting group based in Cedar Rapids. Ridge says they asked him to disclose that Vansice has recently been diagnosed with moderate and advancing Alzheimer’s Disease.

Vansice says the diagnosis weighed heavily in his decision to issue a definitive statement regarding the disappearance of Huisentruit, who vanished in June 1995, failing to show up for her morning program at KIMT television. Ridge says Vansice told him that despite the very private nature of this personal information, his desire to help find the person or persons responsible for Huisentruit’s abduction outweigh personal considerations for privacy.

Ridge says he reviewed an 11-page confidential medical evaluation and can attest to the formal diagnosis of progressive Alzheimer’s Disease.
A search warrant was executed against Vansice more than two years ago, but the contents of that search warrant have remained sealed. Vansice numerous times has denied any involvement with Huisentruit’s disappearance.