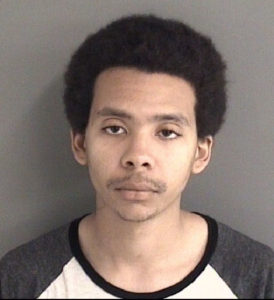 An Ames man is being held in the Story County Jail on a charge of animal torture.

Twenty-year-old Rashdi D. Simba is accused of stabbing a German Shepherd puppy on April 14th and putting the puppy in a dumpster. Police notified Ames Animal Control to assist in the investigation.

The puppy was taken to a vet clinic for treatment and is now in the Ames Animal Shelter. Ames Police said Simba admitted to stabbing the puppy and placing him in the dumpster.