You are here: Home / News / El Nino could make things warmer and wetter through fall 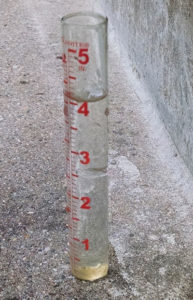 While it was slow to develop, it appears the effects of the current El Nino weather pattern will hang around for  a while — likely several months.

Meteorologist Dennis Todey, director of the U.S.D.A.’s Midwest Climate Hub, based in Ames, says they expect a longer-than-average El Nino, which typically means warmer, wetter weather for Iowa. “March, April, May, all the way to June, July, August and September,” Todey says. “The probability of El Nino is the highest staying above 60% most of the way through the summer, so, we’re expecting that to be with us.”

An El Nino occurs when Pacific Ocean surface temperatures rise, which in turn impacts weather across North America. An El Nino can last just nine to 12 months or sometimes as long as seven years. Todey says the center is predicting warmer-than-normal temperatures at least through early summer.

Todey says the long-range outlooks calls for above-normal rainfall for most of the summer. “It is an interesting contrast when we look at the precipitation probabilities,” he says. “This is a 50% chance of above-average precipitation. That’s fairly high and this whole area is actually fairly high, given we’re in a May-to-July, more convective time of season. It’s not often you see this from the climate prediction center.”