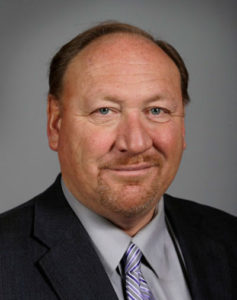 Iowa farmers soon may have the option to grow industrial hemp. A bipartisan group of lawmakers has been working on the issue for the past three years.

Senator Tim  Kapucian, a farmer from Keystone, said the effort got “extra momentum” after the new Farm Bill effectively legalized hemp again in the U.S.

“Let’s let our Iowans do what they do best. They’re innovative, entrepreneurial,” Kapucian said during Senate debate. “They will take it to the next level, they will develop the processing and let them see how far they can go.”

A bill approved by the Senate designates two state agencies to oversee the crop and would let Iowa farmers grow up to 40 acres of hemp, starting in the 2020 growing season.

“That 40-acre limit is there so lots of people can take advantage and participate in this program rather than just a handful,” said Senator Tom Shipley, a farmer from Nodaway.

The hemp plant is a cousin of marijuana. Smoking it does not make you high, but for decades it’s been illegal to grow it under federal law. Senator Dan Zumbach, a farmer from Ryan, said hemp can be part of a “new era” in agriculture.

“This is something we haven’t seen since World War II, but it’s better,” Zumbach said, “…and 45 years from now, this will be a normal crop in our fields with assets we can’t imagine.”

Senator Kevin Kinney, a farmer from Oxford, said hemp could become a leading commodity in Iowa, behind corn and soybeans.

“I have been contacted by many future hemp farmers who are ready to start producing,” Kinney said, “and see the market for hemp products.”

The plant’s seeds and its stalks can be used to make fabric and paper as well as oil and building materials. The bill that passed the Senate last week is scheduled for debate in the Iowa House this week according to Representative Jarad Klein, a farmer from Keota.

“It’s a very labor intensive crop,” Klein said during an interview. “I think there’ll be some niche market availability there. If somebody can make a profit at it and be successful, in agriculture, I’m all for it.”

Under the bill, farmers must get a state license to grow hemp. Officials from the Iowa Departments of Agriculture and Public Safety are to oversee hemp production, to ensure its not being grown as cover for marijuana.