You are here: Home / Crime / Courts / Man charged with murder in death of another man in Shenandoah 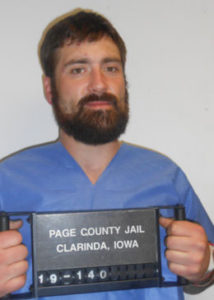 A suspect is in custody after a what is believed to be the first murder in the southwest Iowa community of Shenandoah since 1988.

Authorities say 34-year-old Toby Lee McCunn of Red Oak was arrested for first-degree murder in connection with the death of 33-year-old Joshua Lyle Jordan.  McCunn is charged in connection with an investigation that began at approximately 4:45 a.m, when Shenandoah Police received a 911 call regarding a shooting that took place at 901 Manti Street.

Responding officers found Jordan dead inside the residence. Shortly after 2 p.m., McCunn was located at a residence in Shenandoah and taken into custody without further incident.  McCunn was initially transported to the Shenandoah Medical Center for an injury to his leg, then taken to the Page County Jail.

An autopsy will be performed on Jordan at a later date by the Iowa State Medical Examiner’s Office in Ankeny. DCI officials say the investigation is ongoing, and no other information will be released until after family members have been notified and the forensic autopsy has been completed.