You are here: Home / News / All types of films on display at 8th annual Dubuque festival 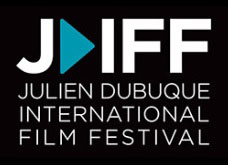 The event is expanding to five days this year and will start screenings at various venues today. Susan Gorrell is in her fifth year as the event’s executive director and spends much of her time looking at a movie screen.

“We get over 700 submissions and I watched them all with my team to pick those final 120 that are going to screen at the festival, and after January it’s ramped up even more,” Gorrell says. “We’re releasing all of our films, putting them in the program book.”

Gorrell says people who buy one-day or five-day passes are in for a treat, from feature-length films to documentaries and practically everything in between. “You’re going to come and see some amazing independent films from all over the world, all types of genres, horror, thriller, comedy,” Gorrell says. “The short films are so cool, some people can really pack in a full entire story in a four-minute short.” Some five-thousand people are expected to attend the fest, including filmmakers from Germany, New Zealand and Mexico.

There will be a special 40th anniversary screening on Sunday of the movie “F.I.S.T.” starring Slyvester Stallone, a film that was shot in Dubuque.