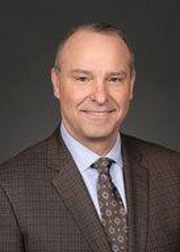 Republicans in the Iowa House and Senate have developed a spending plan for Iowa’s three public universities that’s less than what Republican Governor Kim Reynolds proposed for next year.

“We knew that we couldn’t fund everything to the ask of what everybody wanted, but yet we wanted to be fair and offer them something that could be sustainable in our budget,” Kraayenbrink said.

Democrats say without the extra $6 million that the governor suggested — tuition for students at Iowa, Iowa State and UNI will increase beyond the initial 3% hike university officials have planned.

“Our students coming out of our colleges and universities have accumulated more debt than all the rest of us adults have piled up in credit cards,” Quirmbach said. “That’s a very tough way to start a life.”

Republicans in the Senate have approved the GOP’s education spending plan. It must clear the House, too, before it goes to the governor for her review.