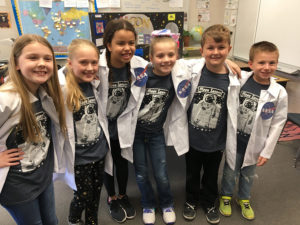 Two teams of students from eastern Iowa are taking part in an international science and engineering competition this weekend.

Central DeWitt High School sent a team of nine students to the FIRST Tech Challenge in Detroit, Michigan. State Senator Chris Cournoyer, of Le Claire, recently met with the students and was very impressed.”These are kids that performed well locally and then went on to the state competition and performed well there and qualified for this opportunity to go to Detroit to compete against teams from all over the world,” Cournoyer says. “It’s really quite phenomenal.”

FIRST stands for For the Inspiration and Recognition of Science and Technology and it’s billed as the world’s leading nonprofit group advancing science, technology, engineering and math participation by children. Cournoyer says the students brought their robot to the Statehouse in Des Moines where she was able to drive it using a simulator.

“These kids are learning. They’re not just building robots, which is awesome,” Cournoyer says. “They’re doing all of their own fabrication and really having to do a lot of research, and public speaking in terms of how they present their robots to judges. They’re learning teamwork and presentation skills, critical thinking and problem solving.” Another team from the region is also heading to Detroit. 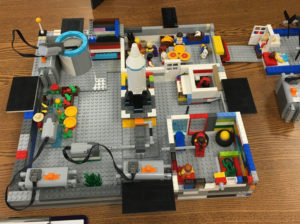 A team of six third-graders from Camanche Elementary School is among 60 teams chosen from among 20,000 teams globally for the honor. The Camanche students built a Moon base out of Lego blocks with multiple motors powering several elements of the outpost. Sheryl Kennedy, their teacher and coach, says it was a team effort to create the dwelling for astronauts.

“It definitely was and this whole project is very open-ended which is what makes it very fun,” Kennedy says. “You can go in a lot of different directions. You can tell just by listening to the kids talk. One person gets an idea, the next person extends it, and we end up with a beautiful synergy of this wonderful project.” Organizers of the event say approximately 126,000 children from 55 countries participated in this year’s competition.