You are here: Home / News / ISU sociologist studies switch of votes from Democrat to Republican in 2016 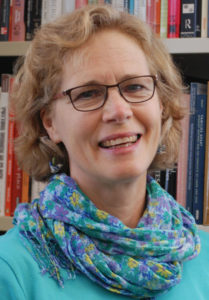 Ann Oberhauser, an ISU professor of sociology and director of Women’s and Gender Studies, says there was a big shift between the majority of Iowa voters picking Democrat Barack Obama in 2008 and 2012 to backing Republican Donald Trump in 2016. “We’re interested in more local and county level aspects of that,” Oberhauser says. “We tuned in on morality as an explanatory factor. Race, ethnicity is also explanatory and some other social indicators, such as education.”

The study found white, rural voters without a college education were more likely to switch from voting Democrat to Republican. There were some researchers who suggested economic factors may have played a larger role in the decision, but she says that does not appear to have been the case. Oberhauser says it will be interesting to see how Iowans vote in 2020 with the Caucuses and the general election.

“That makes it really exciting, right? It keeps us in business,” Oberhauser says. “With all of this and Iowa being the first primary caucus, for the last 30-40 years even, it’s been a focus. Some people have issues with that but that’s the way our system works.” The study found Iowa had more counties flip from Democrat to Republican than any other state in the last presidential election.

Oberhauser says it’s curious when so many rural, predominantly white counties that supported Obama for two straight election cycles made a dramatic shift to get behind Trump.  “Iowa is becoming much more diverse in its population, particularly in urban areas and larger populated areas, but also in some of these rural areas,” Oberhauser says. “As the demographics change in this state, we might begin to see more shifts in some of these attitudes and in looking ahead to 2020.”

The study is being published in The Sociological Quarterly.