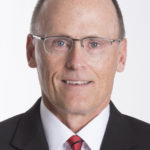 Former Rutgers defensive coordinator Jay Niemann, an Iowa native who coached football in the state of Iowa from 1989-2007, has been added to the Iowa football staff as its 10th assistant coach.

“We had an excellent pool of coaching candidates, but one clearly stood out and that was Jay Niemann. Few coaches in college football today have Jay’s extensive defensive experience,” said Iowa coach Kirk FerentzFerentz. “I’ve had the good fortune to know Jay for years – first as a coach and then as a parent when we recruited both of his sons. In every instance, I’ve always been impressed with him. He will be a valuable addition to our staff and program.”

Both of Niemann’s sons have been involved in the Iowa football program. Ben was a letterman from 2014-17 and was a rookie with the Kansas City Chiefs in 2018. Nick heads into his junior season as a Hawkeye linebacker.

“As native Iowans, Lou Ann and I could not be more excited to be returning to our home state. As the parents of two sons who have been in the Hawkeye program, we know the strong commitment to both academic and football success at the University of Iowa,” said Niemann. “I am so grateful for the opportunity to be affiliated with such a highly respected coach like Kirk Ferentz, as well as his outstanding staff.”

Niemann served as the head coach at Simpson College from 2002-07. He was on the Northern Iowa coaching staff from 1997-2001, coaching the secondary and linebackers. He was defensive coordinator in 1999 and 2000. Niemann joined the Drake University staff in 1989, and was assistant head coach and defensive coordinator for the Bulldogs in 1995 and 1996. He began his coaching career at Western Washington in 1985 and was a graduate assistant coach at Washington from 1986-88.