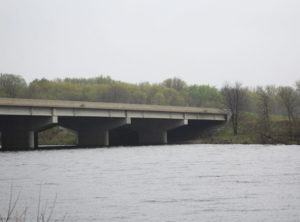 The reward for information in Sunday’s fatal Waterloo highway shooting continues to grow.

Waterloo police announced the reward had increased to $58,000. Authorities are trying to figure out where the bullet came from and who fired the shot that struck and killed former University of Northern Iowa softball player Micalla Rettinger as she drove across the Cedar River bridge on U.S. Highway 218.

Police say investigators have received several tips from the public and each one is being pursued. The FBI is involved in the case. A funeral mass for the 25-year-old Rettinger is set for Friday afternoon in her hometown of Lenexa, Kansas.