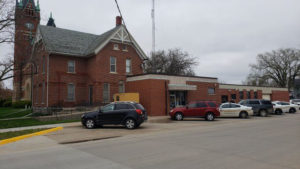 Eighty-five percent of voters approved the bond issue which needed a 60 percent supermajority was needed to pass. In recent years, the state jail inspector has warned the county that improvements needed to be made for the 52-year old jail facility to meet state standards or the jail could risk closing.

Assessment reports from second parties confirmed the county has also outgrown the current 12-bed jail, with surplus inmates being transported to jails out of county – costing the county money and staff time and risking the safety of county staff and the public.