You are here: Home / Agriculture / Pork prices see an increase despite some issues in the market 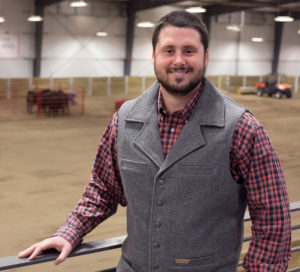 Despite international trade tariffs and a series of other challenges, Iowa livestock producers are seeing hog prices rise in recent weeks, which comes as a welcome surprise to many.

Lee Schultz, an ag economist with the Iowa State University Extension, explains the rollercoastering of pork prices on the commodities market.
“I think what was driving the lower prices in the early part of 2019 was impacts of retaliatory tariffs and impacts on the trade that we expected,” Schultz says. “And then really, through late March and April, we really saw the impact of the ASF situation in China.”

That’s African Swine Fever which has reportedly spread to every region of China and several surrounding countries, dropping the hog population in China by nearly 40-million head compared to last year. Shultz says U.S. pork producers are also seeing the potential for significant growth in global protein demand. “Recently, I think it has been the markets, the supply situation weighing on it a bit as well as the new news of the delay in the trade negotiations talks,” he says, “I think it’s all been working on the market and why we’ve seen such volatility lately.”

Now that we’re well into spring and the warmer weather will soon bring us to summer grilling season, Schultz says we are entering a key period of demand for pork, which should keep prices higher. “We have three big holidays in front of us with Mother’s Day, Memorial Day and Father’s Day,” he says. “While a lot of purchases have already been made for Mother’s Day, we’re looking still at several holidays in front of us and demand is very strong.”

Schultz says profitability levels are higher for the pork producer than what has been seen for the last few years and he remains optimistic for the remaining months of 2019 and into 2020.