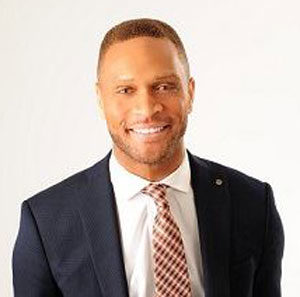 College students across Iowa are receiving their diplomas this month, and for many of them, they’ll have to start paying off thousands of dollars in student loan debt.

A member of the Linn County Board of Supervisors recently announced plans in his 2019 State of the County address for a new program that would guarantee at least two years of free higher education for students who may not be able to afford it.

Supervisor Stacey Walker talked with KCRG TV about the plan. “I think up to all of us to figure out a way in which we can increase access to postsecondary education,” Walker says. The program is still in the very early stages, and there aren’t many details about it right now. He says they are in the process of talking with education experts, community leaders, private sector. Walker says it would help with a local and statewide problem — businesses can’t find enough qualified people to fill open jobs.

“There is an economic incentive for training young people in the skills and fields that you will need for the future,” he says. He says a recent existing industry report from the Cedar Rapids Metro Economic Alliance found that 82 percent of responding companies noted that they’re having trouble finding good talent to help their businesses grow, and 40 percent of companies said that the number of unfilled positions in their company is increasing.

Walker says the best scenario would be to have the program paid for by contributions from both the private and public sectors.
“Ideally, we could achieve this goal without using taxpayer revenue,” Walker says, “but I am fully prepared to consider what kind of responsibility our government has to growing our economy by helping to train our future employers.”

Walker said the goal is to get the program up and running within the next three to five years, but he added that there’s the possibility it could be implemented even earlier than that.