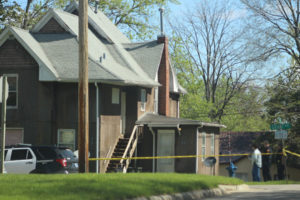 The scene of what is now a fatal shooting in Waterloo.

Waterloo police were called to an apartment house at 824 West Eighth Street shortly after 1 a.m.Friday. When officers arrived, they found 32-year-old Alejandro Franco suffering from a single gunshot wound. Franco was transported to University of Iowa Hospitals and Clinics in Iowa City. Officials confirm he died there on Saturday.

Police say an autopsy will be conducted by the Iowa State Medical Examiner’s Office to determine the exact cause of Franco’s death. The shooting remains under investigation.