You are here: Home / News / ‘Float plans’ and other safety advice as Iowa boating season begins 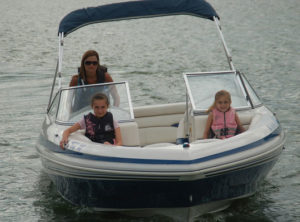 A safety expert says as Iowa boaters plan to make their first voyage on the water this season, they should check the boat’s life jackets.

“Make sure that there aren’t any rips or tears in it,” said Susan Stocker, the boating law administrator and education coordinator in the Iowa Department of Natural Resources.

The major concern is to ensure the life jacket fits whomever may be wearing it on the boat.

“Every life jacket has a label on it that tells the weight and the size for the intended wearer,” Stocker says.

There are more than 230,000 registered boats in Iowa. Stocker says all boaters should use the buddy system and give a “float plan” to someone who is not out on the water.

“Where you’re going to go, when you’re going to be back and potentially even what ramp you’re going to be putting in at,” Stocker says. “With any high water, we may have some snags or debris that’s in the rivers and streams and being able that if you don’t show up back at home at 6:30 in the evening, that somebody starts looking for you.”

Flood conditions in some areas of the state may make boating impossible. Stocker says boaters must realize in high water, submerged trees and other objects can wreck the boat.

“The other thing is when you are in a paddle-craft, whether it’s a canoe or a kayak, you’d better expect to be dumped and put in the water because that’s just the nature of those,” Stocker says, “and unfortunately I can say that we just had our third boating accident and it was a paddler.”

It happened within the last few days in southeast Iowa. Stocker says the paddler tipped over and “almost died from hypothermia.”

(Photo courtesy of the DNR)