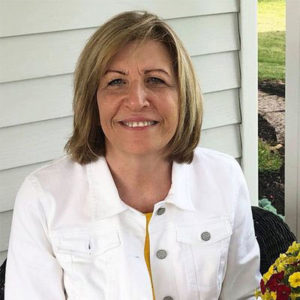 A former state senator who was the Iowa Democratic Party’s nominee for lieutenant governor in 2018 is running for Iowa’s second district congressional seat. Rita Hart of Wheatland made the announcement this morning and posted a video on Twitter.

“Paul and I are getting ready to plant and we’re also planting the seeds for a campaign for the United States congress,” Hart said in the video as she stood by a corn planter, with motor of the tractor pulling it running. “I understand the issues that rural Iowans face because this is where we live and this is what we do. I want to make sure that Iowa works for all of us — rural, urban Democrat, Republican and independent.”

Congressman Dave Loebsack, a Democrat from Iowa City, announced last month he plans to retire and will not seek re-election. Hart is a Charles City native and has farmed with her husband on a century farm near in Clinton County since 1986. She taught in the Calamus-Wheatland and Bennett Community School districts more than 20 years and served one term in the Iowa Senate.

Democrat Veronica Tessler, an Iowa City businesswoman, filed the paperwork in April to seek Loesback’s seat in congress. A Scott County supervisor and an attorney in the Quad Cities have also indicated they are mulling a run for the Democratic Party’s nomination in the district.