You are here: Home / Agriculture / Application deadline for Century and Heritage farms is approaching 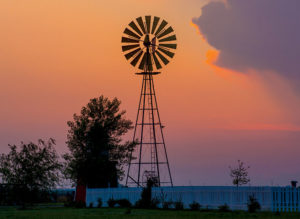 Applications for this year’s Iowa Century and Iowa Heritage Farms are due soon.

Becky Lorenz  coordinates the program at the Iowa Department of Agriculture, which singles out the state’s long-time family farms.

A ceremony is held each year during the Iowa State Fair that recognizes each of the farms as they reach the landmark — and the 2018 event was unusual. “We had 359 Century Farm award winners and 148 Heritage Farms,” Lorenz says. “This will be my 9th show this year and last year was the most combined numbers that we’d ever had.”

The deadline to enter is June 1st. The Heritage Farm program was started in 1976 while the Century Farm program began in 2006. Learn more about the program and find an application here: www.iowaagriculture.gov/century/centuryApplicationProcess.asp