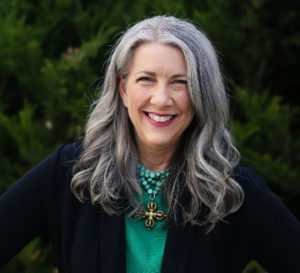 A lawyer from Des Moines has launched her bid to win the Democratic Party’s nomination for the U.S. Senate and face Republican Senator Joni Ernst in 2020. Kimberly Graham currently represents abused and neglected kids in the Polk County Recovery Court program.

“These are families who usually have had their children removed from them — not always, but most of the time — and I’m advocating for their kids through the process of them working to get them in their care and get on a better path,” Graham said during an interview with Radio Iowa.

“I really believe that it’s far past time for us to have actual kind of citizen, regular-people representatives at all levels of our government,” Graham said, “you know, people that have never run before that just want to step up and say: ‘Hey, I want to represent people like me.'”

Graham started thinking about running for office when Donald Trump was elected president.

“Like a lot of people I woke up and said: ‘Wait. Oh, my. No, no, no, no…These are not my values. These are not the values of, like, virtually anyone I know,'” Graham said. “…I felt like I had to do something about it, like something concrete. It just so happened that it was my son’s senior year of high school, so I started to see that on my horizon, I was going to have the time to do this.”

Graham set her sights on running for the U.S. Senate, hoping to challenge Republican Joni Ernst’s bid for a second term.

“Watching what Senator Ernst has said and done or not done for our state and the country…it’s just more of the same of hollowing out of the middle class to the point where there is not much middle class left,” Graham said.

Graham, who is 54 years old, was born at Camp Pendleton, when her father was serving in the Marines. She got her law degree from Drake University and lived in Indianola for 25 years before moving to Des Moines a year ago. Graham, who aims to visit all 99 counties by this September, formally kicked off her campaign last night with an event in Indianola.

Ernst plans to formally kick off her re-election campaign in June at her annual “Roast and Ride” fundraiser in Boone.
…………….