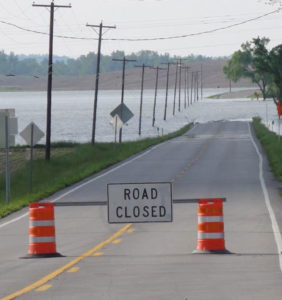 A new report says Iowa’s infrastructure is in urgent need of investment. Paul Skoutelas, president and CEO of the American Public Transportation Association, says a study of things like roads, bridges and airports nationwide gives our public transit systems a letter grade of D-minus.

“It’s reflective of the existing condition of our bus fleets and that certainly applies in Iowa, the stations, the facilities in general, and says that we need to make a larger investment,” Skoutelas says. The study identifies a $232 billion backlog in needed infrastructure investment nationwide, but did not provide a specific figure for Iowa.

Skoutelas says some Iowa communities with bus systems haven’t upgraded them in many years, and he singles out Dubuque, Sioux City and Cedar Rapids. Skoutelas says, “As it relates to Iowa, we’re talking about investments to replace their bus fleets, to replace their stations, their facilities that help provide the service every day to their customers.”

While many buses operate on diesel, he says advances with ground transportation, including light rail, are much less reliant on fossil fuels.
“We’ve got a big movement going on in the country towards electricification,” Skoutelas says. “More and more cities are going to alternate propulsion systems, whether it’s compressed natural gas and in many cases now, electricification, that takes new investment to make that happen and the infrastructure to support that.”

This spring’s flooding caused significant damage to roads and bridges in Iowa, especially in the southwest. Skoutelas says it’s clear the infrastructure needs to have resiliency built-in in order to weather Mother Nature’s extremes. “That also points to the need to be able to provide emergency-related services,” Skoutelas says. “We’ve had a number of cities and transit agencies that have been called into service in these kinds of situations to do evacuations to make sure people are placed out of harm’s way.”

The report claims an investment in infrastructure brings a four-to-one return in economic activity over the next 20 years.