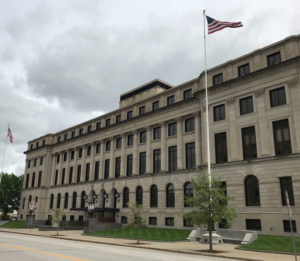 Do not build it. That’s the message elected leaders and the business community in Des Moines are sending federal officials about construction of a new, $137 million federal courthouse in downtown Des Moines.

Former City Councilwoman Christine Hensley said she’s “frustrated, mad” — and hoping the project can be stopped in the 11th hour.

“This is not right,” Hensley said during a news conference. “This is an abuse of power by the federal government, pushing something through that’s clearly not wanted by the city or the citizens.”

This Wednesday is the deadline for locking in the plan to construct a new federal courthouse on a prime plot of land along the Des Moines River. Current City Councilwoman Connie Boesen has “serious reservations” about the new building’s design. 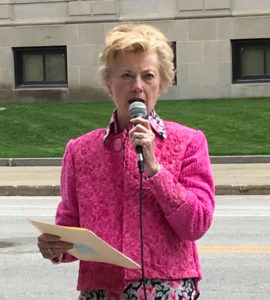 “It’s almost like fitting a size eight foot in a size six shoe. It just doesn’t fit,” Boesen said. “We’re looking at $137 million in a building which will not accommodate all the employees they currently have, which is problematic.”

Hensley said it would cost far less to improve security and update the current courthouse and adjacent annex in downtown Des Moines.

“The buildings are in perfect shape, beautiful and — most surprisingly — they are completely under-utilized,” Hensley said.

Art Slusark, a VP at the Meredith Corporation, said the spot the federal government chose for the new courthouse would be better used for commercial development.

“To put a building that will not have very good public access, that would look more like a prison than anything else just 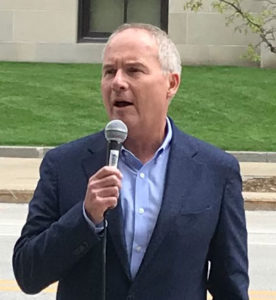 does not make sense from an asthetic standpoint or a development standpoint,” he said.

Eric Branstad, state director for Donald Trump’s 2016 General Election victory in Iowa, helped organize today’s news conference. Branstad said as Iowans speak out about the waste of spending tax dollars on a new courthouse, that message will be heard in the White House.