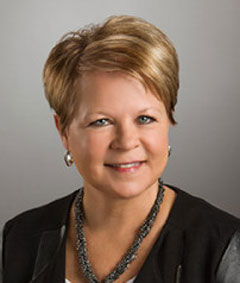 May is Mental Health Awareness Month, and one mental health expert says people’s attitudes toward mental health illnesses have begun to change.

Kim Keleher with Plains Area Mental Health Clinic of Le Mars says that is good news for everyone. “Mental health is really no different than any physical health ailment that people seek primary care for — so we’re very glad that the stigma is lessening — and we hope that continues,” Keleher says.

Keleher says stress, anxiety, and depression are all common types of mental health issues — but many people don’t seek counseling or assistance. She says you should seek counseling when day-to-day problems grow and become major concerns with our daily lives.

“What we usually say if it’s ongoing for more than two weeks and it’s really affectiong various parts of your life — such as going to work, eating, sleeping ….being out among your friends — then we really urge you to really seek help. Because that’s not normal,” Keleher says. Keleher says family members, friends, and colleagues should look for the clues that indicate a person may be suffering from anxiety, stress, or deep depression.

“Just a change in their normal lifestyle,” she says, “so people who usually go to work every day, shower, take care of themselves, they usually have a healthy appetite. If things like that are changing they are maybe retreating. If it’s a child retreating to their room, they are sleeping all the time, they don’t want to go out with their friends, a drop in grades. You know, they just don’t act like themselves.”

Keleher say there has been an increase in suicides over the last few years, and she says some people choose to deal with their issues by ending their life
“There’s different situations and everybody experiences things differently. But, that feeling of complete hopelessness. That feeling that people would be better of without them, that they would be better off not living on this earth any more, that they are a burden, those kinds of things,” according to Keleher.

Keleher says depression is an actual physical ailment clinical condition. “It’s clinically proven that it is just like diabetes or heart disease. There’s something within our system that is out of balance and can be controlled through medication and along with psychotherapy to work through some strategies for coping skills,” Keleher says.

Keleher says often times with senior citizen patients they are more reluctant to discuss their concerns relating to their mental health.