You are here: Home / Fires/Accidents/Disasters / One dead as suspected tornado destroys home near Adair 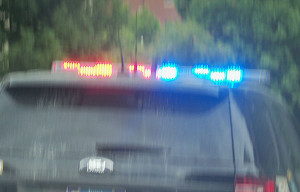 One person died, another was injured, during a possible tornado touchdown early this morning in western Iowa’s Adair County.

The Adair County Sheriff’s office received a cellular 911 call at around about a residence that sustained damage one-half mile southeast of the Adair City limits. Emergency crews arriving on the scene found 78-year-old Harold Brownlee suffering from serious injuries resulting from the storm that hit sometime between 12:45 and 1:30 a.m. Another victim, 74-year-old Linda Lee Brownlee, died at the scene.

Harold Brownlee was flown by helicopter to a hospital in Des Moines for treatment. Authorities say in addition to the Brownlee residence, there were at least two additional residences and outbuildings at other locations which sustained damage. Law enforcement in Cass County reported numerous power poles were down this morning across rural roads in eastern Cass County, and put out a warning to motorists, after one person drove over a line at around 4-a.m., southeast of Anita.

The National Weather Service is expected to begin their assessment of the damage this morning.