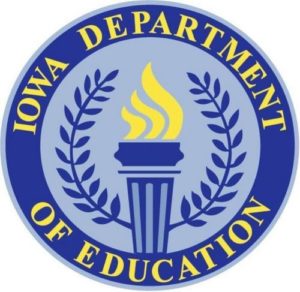 The Iowa Department of Education has added some new features to the online system that tells how public schools are measuring up to federal requirements.

Department spokesperson, Staci Hupp, says the information folds in with the data required under the federal Every Student Succeeds Act.
“It really made sense to have one report card for Iowa that meets federal and state laws, and also is intended to help Iowans understand how their schools are performing in certain areas,” Hupp says.

Hupp says they’ve added several items to the site. “The new data includes suspension and expulsion of students, chronic absenteeism — which is the percentage of students who missed ten percent of schools days for any reason. It includes things like post-secondary readiness,” according to Hupp. There is also feature to compare school and district performance and includes data and ratings from the former Iowa School Report Card that was developed to meet a 2013 state law.

“Parents and other Iowa education stakeholders can use the information to better understand how their schools are performing in certain areas,” Hupp says. “And while an online tool certainly never the whole story on our schools in Iowa — having access to this information really empowers parents and other stakeholders to better contribute to local conversations in their communities around improving schools.”

You can see the full report online at: iaschoolperformance.gov. Hupps says the new features do not change the school accountability scores calculated in December. Those scores will be updated later this year as part of an annual update to the website.