You are here: Home / News / Number of homes sold statewide dropped in April 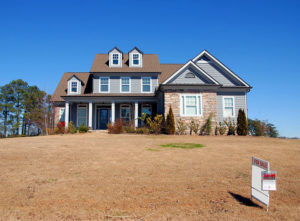 A monthly report from the Iowa Association of Realtors finds almost 3,200 homes were sold in Iowa last month, down about 200 homes from April of last year.

Association president John Goede, of Spencer, says there are several reasons for the drop. “One of them, a big one is the flooding here,” Goede says. “For the last two months, we’ve had many home sales cancelled because there’s no home anymore or it’s not in a condition to be transferred and that’s made a big difference.”

Houses sold a little faster in Iowa during April, spending an average of 73 days on the market versus 79 a year ago, which he says has a lot to do with the change in seasons. “As the weather warms up, people are more anxious and more amenable to looking at properties and making offers,” Goede says. “There’s usually about a month-and-a-half difference between making an offer and actually having a closing.”

Goede says he’s booked to show homes all four days of Memorial Day weekend as interest is picking up. May and June will be strong for sales, he predicts, adding, central Iowa is best for new construction. “We are having more new properties, new builds being built, at a great rate and most of that is happening along I-35,” Goede says. “You can’t build homes fast enough in Ankeny and the Des Moines suburbs.”

While the sale of single-family homes fell 8.5 percent statewide last month, the sale of townhomes and condos rose 8.1 percent.