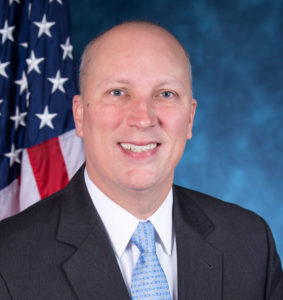 A Republican congressman from Texas has put a halt to plans to pass a disaster relief package in the U.S. House today.

The $19 billion package won approval in the Republican-led Senate Thursday on an 85-8 vote and President Trump tweeted that it has his “total approval.” House leaders planned to use a parliamentary move to advance it to the president today, but Republican Congressman Chip Roy of Texas objected. It only takes one lawmaker to object in this situation.

Roy said he did so because the bill adds to the country’s debt and because the bill didn’t include more money for border security. It’s possible Roy may withdraw his objection Tuesday, when House leaders could take another run at sending the disaster aid package to the president.

Congresswoman Cindy Axne, a Democrat from West Des Moines, tweeted today that Roy is “playing Washington politics” and “Iowans deserve better than this.” Last night, U.S. Senator Joni Ernst of Iowa, a Republican, said the “bipartisan disaster relief package will deliver desperately-needed aid.” It includes money to help Iowa farmers with stored grain that was ruined by this year’s flooding.