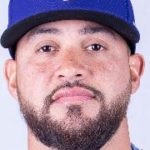 Francisco Arcia’s sacrifice fly in the top of the 10th inning was the game winner as the Iowa Cubs won at New Orleans 2-1 in Pacific Coast League action on Monday.

Starters Adbert Alzolay and Hector Noesi locked into a pitcher’s duel, stifling the bats after the two teams combined for 24 runs yesterday.

The I-Cubs were the first to get on the board as the team collected two hits and one walk in the first inning. The damage was done on a double from Phillip Evans. That was the only offense Iowa would get as Noesi retired the lineup in order until the seventh. Johnny Field connected for a base hit after stretch time, but was quickly erased on a double play. Noesi ended his outing with a no-decision after allowing one earned run on three hits and two walks as he struck out six through 7.0 frames.

Alzolay was dealing on the opposite bump as he was perfect through 4.0. Lewis Brinson broke up the effort with a leadoff single in the fifth that would turn into the tying run. Alzolay exited after 6.0, allowing one earned run, two hits and one walk with nine strikeouts.