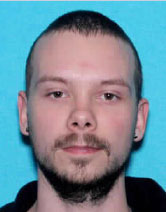 A Norwalk man is charged in the death of a central Iowa woman.

Winterset police responded to a 911 call Monday just after 11 p.m. and found 23-year-old Rosanna Otto dead inside the home from an apparent gunshot wound.

Police and the DCI identified 25-year-old Jerome “Jerry” Moyer of Norwalk as a suspect and he was later arrested in a traffic stop in eastern Iowa’s Dubuque County. Moyer is charged with first-degree murder.

No other details of the investigation have been released.