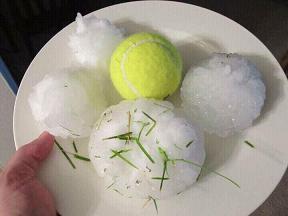 Iowa has fallen from the 9th to the 12th most expensive state for hail damage, according to an annual survey from the state’s largest home and auto insurer.

Andrew Peschong, a State Farm agent based in the Des Moines area, says Colorado, Texas and Illinois had the worst hail damage last year, but it shifts around, depending on where the most severe weather strikes.

Last year, Iowa customers reported nearly 6,000 hail claims, with the average homeowner claim topping $13,000 and more than $3,400 for cars. It may not seem like hail storms hit Iowa that frequently, but Peschong notes, they don’t have to last long to do a lot of damage. 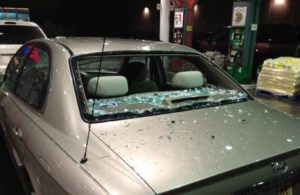 “All it takes is 10 seconds or 20 seconds worth of hail falling and you have a large percentage of a certain neighborhood that will all have claims,” Peschong says.

While nothing can be done to prevent a hail storm, you can prevent problems associated with them by doing some good tree pruning every year. Also, when building or remodeling, he suggests you consider your roofing carefully.

He also advises clients to do a home inventory by taking pictures or video and store that inventory digitally. In addition, he says to talk to your agent and ask about your coverage and deductible.