You are here: Home / News / Group in Iowa to tout merit-based immigration system 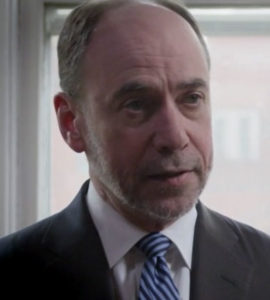 The former director of the Congressional Budget Office says changes in federal immigration policy should aim to ease the U.S. labor shortage. During remarks in Iowa yesterday, Douglas Holtz-Eakin said without new immigrants, the U.S. population will decline.

“The native born population doesn’t have enough babies to keep us even the current size,” he said. “If we literally shut the borders, the United States would shrink. It would get older, smaller, be less vital, the economy would less powerful and our capacity to influence world affairs would be more limited.”

Holtz-Eakin, who also served as an economic advisor to President George Bush, is now president of a Washington, D.C.-based group called the American Action Forum. He and his group are touting a plan similar to the merit-based immigration changes President Trump proposed earlier this month. It calls for using a “point system” to determine who may enter the U.S.

“We crafted it in a way that would capture both the high-skilled individuals with lots of education and English language ability,” she said, “and then also the individuals that are in trades, with lower skills as defined by education, but consistent work experience.”

Varas said the current immigration system is primarily “an avenue to bring families together” and should, instead, be geared to primarily benefit the overall economy.