You are here: Home / News / Suspect charged for May 18 double murder in Cedar Rapids 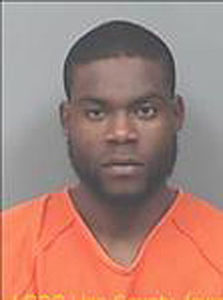 A man wanted for a double-murder in Cedar Rapids has been arrested.

Four people were shot early in the morning of May 18 as they sat in a vehicle in a parking lot in southwest Cedar Rapids. Two 18-year-old men died; the other two victims who were shot are still hospitalized.

U.S. Marshals and Cedar Rapids Police spotted the man at about 11 o’clock this morning, near a Cedar Rapids cemetery. He ran, but was found 15 minutes later, hiding in a garage.

Richardson faces four other felony charges, including being a felon in possession of a firearm.

State prison records indicate Richardson has been convicted of five felonies since 2012.