You are here: Home / Fires/Accidents/Disasters / Spectators injured when fireworks misfired in Oelwein 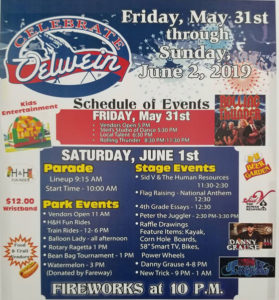 Officials says the company hired to shoot off fireworks in Oelwein this weekend will not be used again after an accident that injured several people during a town event.

One of the events of the Oelwein Celebration weekend was a fireworks show at City Park on Sunday night. One of the missiles misfired and went into the audience. Several spectators received burns, but no serious injuries were reported. There was also some damage to participants’ clothing.

It was noted that the accident happened because one of the tubes for the fireworks was not mounted correctly, shooting the missile into the crowd.According to city officials, the incident was caused by negligence on the part of the company that conducted the fireworks show. That company will not be used for future events in Oelwein.