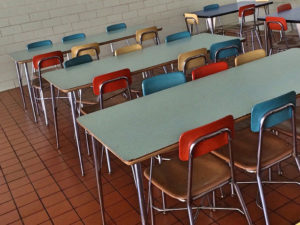 With another school year wrapped up, low-income Iowa youngsters who got many of their meals at school won’t go hungry, thanks to the Summer Food Service Program which started this week.

Dylan Lampe, a spokesman for the Food Bank of Iowa, explains why the program is so important. “Throughout the school year, we put together about 5,000 backpacks that get shipped out across 55 counties that go into the hands of students in need,” Lampe says. “When it’s summertime, those backpacks don’t go out, so these kids have to find somewhere else to get a consistent source of food.”

Lampe says many thousands of Iowa kids qualify for the program, though they likely will be going somewhere other than their schools for the meals.
“It depends on the different spots and where they’re going,” he says. “In each community, every one is different. It’s open to low-income teens and kids in the area.”

The program is under the U.S.D.A. umbrella but it involves dozens of local agencies. “It’s a federally funded program and it’s administered through the state,” he says. “The Summer Food Service Program reimburses providers who serve these healthy meals to children and teens in the low-income areas.”

School food service staff employees and volunteers help with preparing the meals for the youngsters. For more information, contact your local school district or visit the Food Bank of Iowa website at www.foodbankofiowa.org.