You are here: Home / News / Charges filed in connection with fatal wreck in northwest Iowa 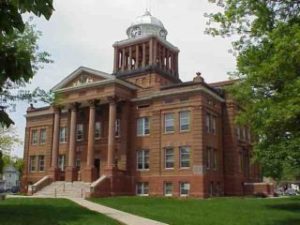 Charges have been filed against a Spencer bartender following a fatal crash in Clay County in late April.

According to the Clay County Sheriff’s Office, Jacoba Knight has been charged with selling alcoholic beverages to an intoxicated person and supplying alcohol to a person under the legal age following a crash near Dickens late on April 26th. Documents obtained by authorities show both the driver, 19-year-old Alfonso Maldonado of Graettinger, and a passenger, 21-year-old Tephonte Smith of Estherville, had been at Southside Grill in Spencer in the hours leading up to the crash that involved the vehicle leaving the roadway and striking a utility pole.

Authorities say Maldonado was served multiple alcoholic beverages while at the business which led a to a blood alcohol level of more than three times the legal limit. Both Maldonado and Smith were killed in the crash. Knight was released after being cited, but authorities say additional charges are pending.