You are here: Home / Agriculture / Forecast: June to be cooler and drier, great for people, lousy for crops 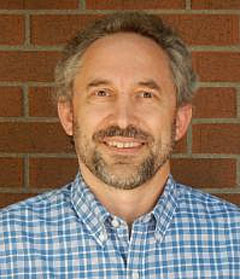 Forecasters say Iowa may have cooler-than-normal temperatures and much less rainfall throughout June. That may sound great, but not if you’re a farmer.

Rains will diminish over the coming weeks and other signs of summer may be lacking. Meteorologist Dennis Todey, director of the USDA’s Midwest Climate Hub in Ames, says the rainy spell we’ve been enduring for months is over.

“For once in quite a while, most of our region is free of expected big rainfalls,” Todey says. Still, that doesn’t mean there won’t be rain on Iowans’ parades. Todey says there will be plenty of opportunities for showers, thunderstorms — and for more flooding.

“Much of our region still has chances for storms,” Todey says. “They’re going to be spottier and less effective in the way of big precipitation. We don’t have a lot of capacity in much of our hydrologic system in the soils and the rivers, so even minor rainfall amounts can cause some problems.”

According to forecast models, Todey says much of the month ahead will be cooler than usual and may not bring Iowa’s acres of corn and soybeans the warmth they need to mature.

Summer arrives two weeks from today. Todey says the effects of the ongoing El Nino pattern will be felt well into fall.