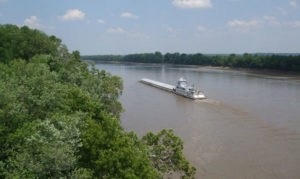 The U.S. Coast Guard and Army Corps of Engineers have closed the Missouri River to all boat and barge traffic indefinitely.

The order, which took effect immediately, extends from St. Louis to north of Sioux City at mile marker 750 on the river. Officials say vessel traffic may damage of levees, or cause river water to flow over the top of levees. Drifting objects in the high water are also a hazard to boats.

The closure is expected to last for weeks. A higher volume of water is being released in the river from the Gavin’s Point Dam in South Dakota through at least the end of June.