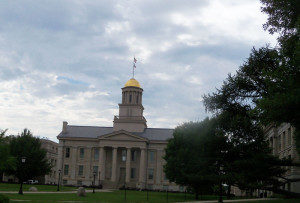 The 3.9% increase in tuition at Iowa and Iowa State takes effect this fall. The 2019 legislature did not provide as much of a boost in state taxpayer support of the schools as the Board of Regents requested. The tuition hike is nearly one percent higher than the board predicted last November. Regent Milt Dakovich says it makes sense for the board of wait until state funding decisions are final to set tuition.

(as said) “I think it’s a lot better mechanism than we’ve had in the past,” Dakovich says. “Previously, we’ve been setting tuition prior to the legislative session.”

That meant after approving tuition rates in November for the next fall, the board might vote again in the spring to hike the rate if state funding was below expectations.

“It provides a lot more predictability to students and parents,” Dakovich says.

The legislature provided a $12 million increase in taxpayer support of the schools for the next academic year. Each institution will get $4 million.

In other action yesterday, the board approve contract extensions for the three university presidents. Northern Iowa President Mark Nook’s employment contract was extended to June of 2025. The contracts for University of Iowa president Bruce Harreld and Iowa State president Wendy Wintersteen were extended through June of 2023.